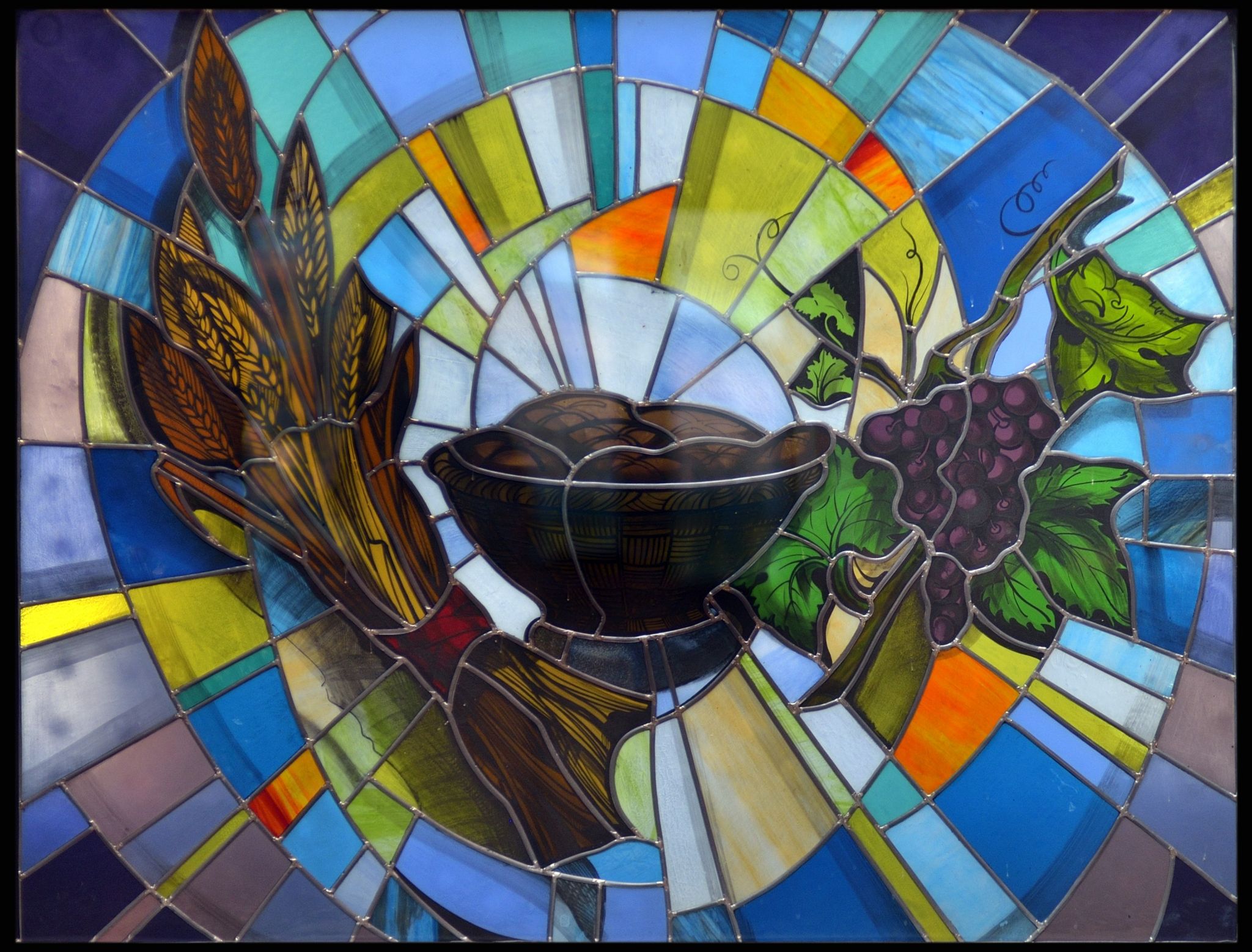 ccording to Pliny’s accounts, the fortuitous discovery of glass is ascribed to Phoenicians, and dates back to ca. 5000 B.C. Many centuries had to go by, before the production of good quality coloured glass is achieved, decorating thermal baths, public buildings and luxurious villas throughout the Roman Empire.

The spreading of glass is indeed due to Romans who, around the 1st century B.C. refined the blowing technique in moulds, which allowed the realization of variously shaped handiworks.

But we have to wait until the 7th century A.C. to obtain glass in flat panels through the broadening roll technique (sometimes called “table glass”).

According to some historians, glass art, as it is known today, was brought back in Europe from the East by Crusaders, where it spread to Venice and Germany at the beginning of 11th century.

The stained-glass windows of the Augsburg Cathedral in Germany are the most ancient (about 1130), which survived intact until nowadays, but the most famous ones are those of the Chartres Cathedral, made between 1150 and 1240, filling a surface of about 7,000 square meters.

he first step is the realization of the coloured drawing on paper or paperboard. The drawing is then transferred full-sized on tracing paper, and laid on a backlit glass table.

Then the different pieces of coloured glass are cut, following the shapes of the drawing, and laid on the backlit table to ensure colour and shape correspondence.

Stained glass windows are not only a mere mosaic of coloured glasses, but they often need painting for the glazings, the definition of body parts such as face and hands, the draperies or specific adornments that couldn’t be realized only through glass.
It is said that glass painting is to remove because, after the colour has been laid, it is gradually removed through soft brushes to obtain chiaroscuro, lights and darks.

This painting is realized with varnishes and powdered grisaille, diluted in water, fat and alcohol, and then heated once or more times at high temperatures (between 450°C and 600°C) to blend painting with glass.

After the heating, the painted glass pieces are again laid on the drawing, and the assembly final step begins. Starting from one angle of the drawing, each piece of glass is set in a H-shaped lead drawn section – or U-shaped if the sections is in the external edge of the stained glass -, and the joints are then welded.

Lastly, the panel is plastered with gypsum for wood, and the lead strips (came, technically speaking) are painted with a rustproof varnish, to make the leaded glass rigid, waterproof, weatherproof and time resistant. When the amalgam is completely dry, the glass is carefully cleaned of the remains with wooden sawdust, and a solid sorghum brush.

The completed panels can be assembled together with insulated glazing and shatterproof glass, for outside addressed locations of windows and doors; in case of large leaded glass, shatterproof glass are set on solid metal grating to better protect the glass from weather.