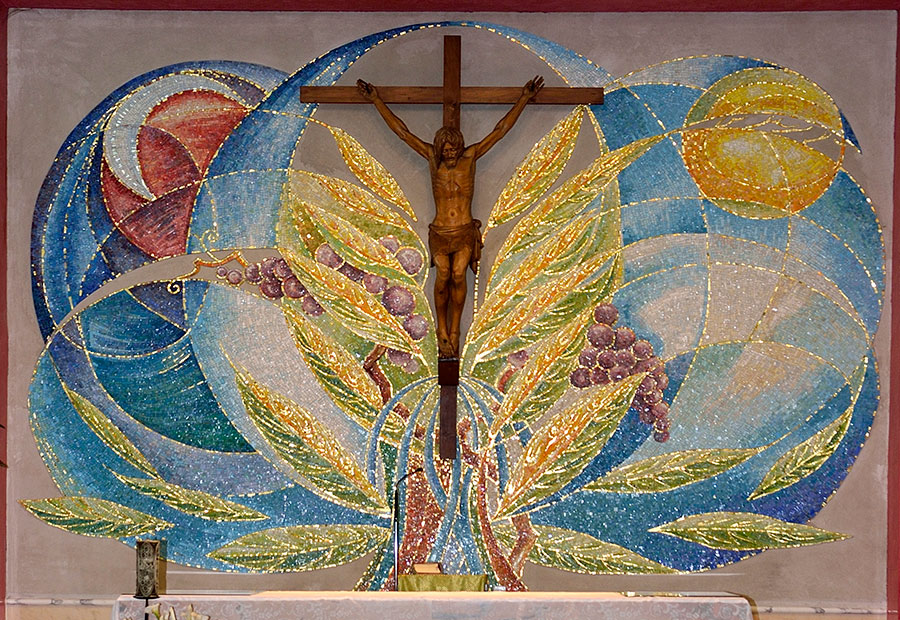 osaic is the decorative ancient art of composing a drawing, representing different pictures, friezes or geometrical patterns, by assembling little tesserae or tiles in rock, marble, terracotta or vitreous paste.

The most ancient mosaics are Sumerians, and they date back to more than 3000 years ago. Since then, mosaic has become a completing element of architecture. The most ancient exemplar in the Mediterranean area is the pebble pavement in Crete dated 15th century B.C.
From Crete, the mosaic art spread throughout the Mediterranean, inspiring extraordinary Greek, Roman and Byzantine masterpieces, still visible nowadays.

Grateful to Vitruvius’ (1st century B.C.) and Pliny’s (1st century A.C.) writings, today we are able to know the Roman realizing technique, much more complex and laborious than the modern one.

In the indirect method the tesserae are applied face-down on the drawing, then overturned and laid.
The invention of this technique has permitted mosaicists an easier and more rapid work. It is attributed to Giandomenico Facchina in the first half of the 19th century, and successfully used at the International Exhibition in Paris in 1855, and in the decoration of the new Opera Theatre of Paris inaugurated in 1875.

he traditional and most ancient technique is called direct or front, because the mosaic is applied directly on the multi-layers base (tarlatan, paper, transparent nylon, fiberglass net), and the tiles are laid following the underdrawing.

The crevices (conjunction points) among the tiles are then filled with a lime-based glue. A mosaic of big dimensions can be realized in panels to be assembled in its final placement, or it can be realized full-sized, and then divided in sections to be newly assembled in the final placement.
Nowadays, the technique usually used is the indirect or face-down one, which allows perfectly even surfaces such as pavements, walls and support bases.

The first step is to realize a full-sized drawing on paper and on negative (that is reverse side, as if a mirror reflection). Then the tiles are glued face-down on the drawing, applying water-soluble glue (vinyl, flour or similar).

Once finished, the mosaic will be assembled in the final placement, with the paper in view, on a base of concrete glue.
When the concrete is well dried, the paper is wet, in order to remove it, together with the glue, through a brush.
Finally, the crevices are plastered, and the artwork surface is cleaned.